Around the time your child will be completing last minute revision the Notting Hill Carnival will be taking place. Many books and articles on `How to Study’ suggest that  cramming up to the last minute does not really work. There must be the occasional break for a little self- indulgence. 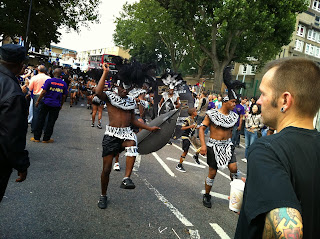 Seeing a troop of armed and excited soldiers advancing is always an exciting. The word `troop’ was often used for a group of cavalry soldiers . Your child may drop his or her Eleven Plus book in anticipation if this troop was on horseback!

And if your child should feel tired then offer the immortal words: “You brave little trooper!”

On a recent 11+ course we had the privilege of working with a child who had been diagnosed with dyslexia. The report from the Educational Psychologist pointed to difficulty with spelling and writing. The spatial side, however, was very strong.

We should imagine that some dyslexic children will do well in later life in careers in the fields of geology, biology, engineering, pharmacy and zoology. (Having re-read that last sentence it looks as if studying subjects with an `ology’ at the end of the word should suit at least some dyslexic students!)

If there is any credence in these observations then it may seem that a number of dyslexic children should have a strong spatial side. The word `Minecraft’ does not have an `ology’ but does require exceptional spatial skills. In Minecraft children can build constructions within a 3D world. The game is incredibly popular and has the ability to hold the attention of children.

When children start talking about hosting a Minecraft server and acquiring a variety of skins then parents will be aware of the grip the game has on their children. There are some who would argue that Minecraft does much to stimulate the spatial areas of the brain – and thus ready children for the demands of the complexity of subjects like chemistry.

When your child next plays Minecraft, ask him or her, once the game is finished, if it is possible to interpret, and attempt to explain, this  chemistry diagram? 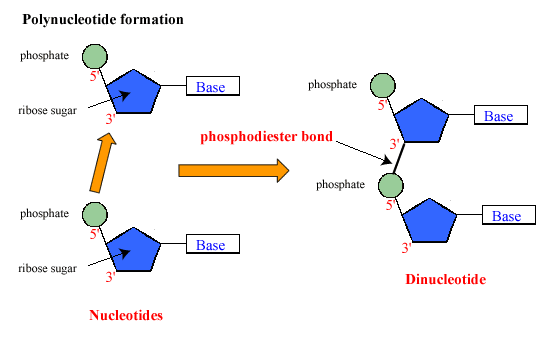 When children become involved in endless computer games and watch, by choice, mindless Youtube videos, then we may feel that they being insidiously corrupted. Why can't children just play?

There was a game played in Gloucester, according to Opie, many years ago – about `Fairies and Witches’. The girls seemed to be playing games with the fairies flapping their arms and witches holding their fingers as if they were claws. The witches seemed to come out of dens while the fairies had a palace for safety.

Just think if your child started playing a rather strange game.

Will children ever be the same again?
Posted by On-line At Etc at 10:32 am No comments:

State funded schools from 2014 have to offer a curriculum which is balanced and broadly based.  Schools also have the responsibility of trying to help society in general as well as children at school.

Changes have been made to the content of the National Curriculum. In early May of this year (2015) children in Year 2 and Year 6 will be writing SATs tests for the last time. Working as we do in schools we have seen first- hand the tremendous effort that teachers put into helping and encouraging their children to do as well as possible. The very able children in Year 6 seem to enjoy tacking Level 6 questions. These questions are not easy!

Our Step Test questions have replaced the traditional Level tests. In most cases we have found that Step Tests allow for a more defined approach to teaching and learning. The Step Tests can be used for diagnostic as well as attainment testing.

Step 10
I can estimate any angle, giving my answer in degrees
I can identify 3d shapes from 2d representations
I can identify angles at a point on a straight line and find the missing angle

In time to come what-ever changes are made to the curriculum we can draw strength from a statement by Tawney: “What a wise parent would wish for their child so the State must wish for all the children.”
Posted by On-line At Etc at 8:46 am No comments:

We were chatting about children being encouraged to learn Latin in one of our local schools. I am sure we can all remember our Latin teachers telling us about the two different modes of presenting Latin.
The `old’ or ordinary, traditional pronunciation gives each letter the sound it has in our own language. We say, for example, `pater’ for father and `mater’ for mother.
The new or restored pronunciation suggests that we use the sounds made by the Romans themselves in ancient times.
I can still remember the different emotions around learning the First Declension. Our teacher told us that all the nouns of the First Declension were feminine – except for those that designated males – as in nauta (a sailor). We accepted, without argument, that we needed to learn all about a `table’ in the first lesson - in order to understand and appreciate Latin.
Singular
Nom.     Mensa  a table
Voc.       Mensa O table
Acc.        Mensam a table
Gen.      Mensae of a table
Dat.        Mensae to or for a table
Abl.        Mensa by, with or from a table
You will recall that the Nominative Case denotes the subject while the Accusative Case is to do with the object.
Some children today are taught multiplication by the grid or box method. Your children will have been told that this derives from the distributive law. In algebra, for example, we use a(b+c) being equal to ab + ac.
Is the distributive law more terrifying than the First Declension?

When do parents need to focus?

“It’s time to do your homework, dear.”


“Just a minute. I just have to finish this.”


“You know you have to complete your homework. It won’t take long.”


“Just a minute. I just have to finish this.”


“Why do I have to remind you? Why can’t you simply do the work yourself? We have been through this before. There is a time to play and a time to do homework.”


Encouraging children to do extra work, in some cases, seems to require the skills and attributes of a policy maker. Almost every parent on earth knows that the best strategy is to move the responsibility from the formal `parent/child’ relationship to the individual choices of the child.


A further sweeping statement must follow to clarify the intent of the previous paragraph. Parents will know that there is an inverse relationship between the number of transactions required to encourage their child to study and the length and depth of the dialogue.


Children will often attempt to delay, divert and dissipate the effect of any dictates.


“Please can I have a drink first. I am very thirsty.”


“You have just had one. Why do you need another one?”


At this stage the unwary parent may not notice that the discussion has moved from doing homework to needing a drink. A discussion on diabetes, diet and the need for exercise may follow.
(Focus Mum, Focus Dad!)

Gesell, in 1940, wrote about the first five years of a child’s life. He used an example of a little girl with congenital cataracts and a high degree of myopia. This diagnosis would make any mother and father living in 2015 anxious about the life their child would live in the years ahead.

The little girl naturally failed on tests requiring visual discrimination – but she never had any difficulty in demonstrating her normality. It did seem that she a rather vague social rapport with her examiner – but the feeling was that this was caused by her inability to notice changes in facial expressions.


When she was three she responded to pictures with difficulty.


House “That is a garage”


It was felt that she perfectly normal in every other way – other than when she was confronted visually.


Naturally her parents had every right to feel anxious about the future - but parents just have to do what they can. Gesell was writing about a girl who would now be seventy eight. We can only wonder about the course and direction of the girl’s life!
Posted by On-line At Etc at 12:10 pm No comments:

We taught a variety of courses over the recent Easter break in a number of locations. Some of the parents told us that their children had really enjoyed the work and were happy. The relationship between a child being happy and a child working in an Easter break seems, at first sight, to be mutually exclusive. Charles de Montesquieu (1689-1755) maintained:


“If we only wanted to be happy, it would be easy; but we want to be happier than other people, and that is almost always difficult, since we think them happier than they are.”


I wonder if we could also maintain that a child who is very intelligent and works hard at school is happier than a child with lower aspirations. There are many parts of a child’s life that make up the total child. Doing well at school is important but must not be all consuming to all concerned.