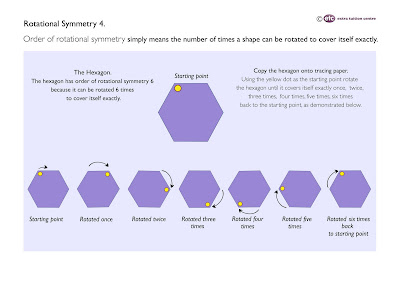 The moon is a satellite of the earth. It revolves around the earth in twenty seven days seven hours and forty three minutes. The average distance of the moon from the earth is 238 793 miles. The moon’s diameter is about 2160 miles and its mass is estimated at one eightieth of the earth.

(By now any reader will be able to work out that an eleven plus question is on the way.)

Because of the time taken by its axial rotation being the same as that of its revolution round the earth, the moon always presents the same aspect to us.

(Read the question carefully – do not guess.)

The moon is a sphere – what is the order of rotational symmetry of the moon?