The Eleven Plus and the Digital Revolution


There is a school building in Victoria – London – which is pretty old. The Blewcoat School was built to cater for poor children to teacher them to read and write. 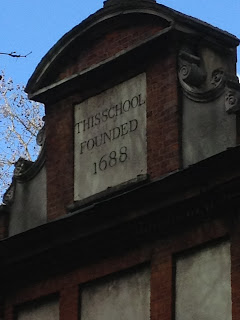 Back in those days there was a strident debate about school. On the one hand there was a strong feeling that education should be offered in the same way it had been taught over the past thousand years. The opposition wanted new ways of teaching children where artistry and inspiration were highly regarded.

Schools and universities could break away from the medieval tradition and take up the study of literature, philosophy and science. Many, however, felt that learning about life from Greek and Roman literature was the only way to educate the young. (At that time Latin was still a living language – spoken and written by scholars and men of affairs throughout Europe.)

The debate about the value and importance of a Grammar School education continues. Some Grammar schools, we hear from anecdotal accounts, still stick to rather traditional ways of educating their boys and girls. Some schools now offer the ability to specialise in areas like Mathematics, Languages and Sciences give parents and children a degree of choice. 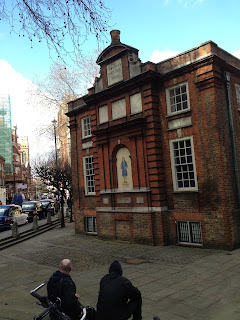 What would the founders of the Blewcoat School have thought about the eleven plus in its present form? Are Grammar Schools still for the poor?

I passed the school today while walking to hear a briefing by John Bevan - Head of Strategic Partnerships at Mozilla. Could a Digital Revolution help to change the 11+ and make passing the examination more accessible to a wider range of children?
Posted by On-line At Etc at 7:36 pm