Chances of Passing the Eleven Plus

There are about four months to go to the 2013 eleven plus examinations. A question that many parents will be asking could, possibly, be: “Will my child pass the eleven plus?”

If a horse wins four races in a row then there is a good chance that it will win a fifth.

If a coin comes up heads twenty times in a row then we would feel that the coin probably has two heads rather than a head and a tail.

If an eleven plus child answers four questions correctly – in a row – then is it likely that he or she will answer the fifth correctly?

If an able eleven plus child answers twenty questions correctly in a row – it is very unlikely that he or she will have two heads – the star could just be a good candidate.

Today the sun was shining at Camber Sands in Kent. What are the chances of finding an eleven plus child working on an eleven plus paper on the beach? 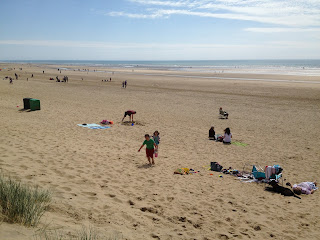 We know that the chances of the same six numbers coming up twice in a row in the National Lottery are about 1 in 200 000 000 000 000. This is an easy number to remember – about two hundred million million! We all know that the odds of winning the National Lottery are about fourteen million to one. So is there any point in keeping the same numbers week after week?

Discuss this logic with your eleven plus child and see if he or she wants to continue working on eleven plus papers!